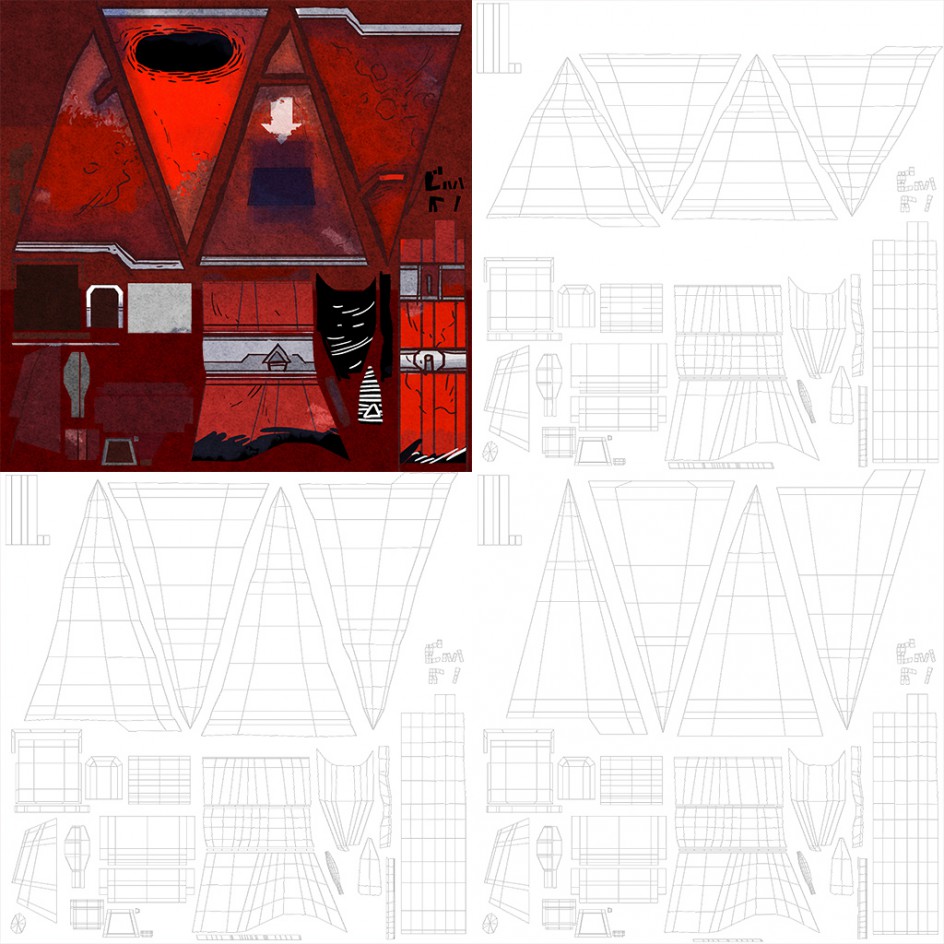 Hello peeps, it is time for our weekly update, once more!

And what an awesome update we have!

First off, Stamm sent over the UVs (as seen and explained in Update #5) for the Spike NPCs, we had spinning around here, two weeks ago. Quick and to the point: Take 3D-model of Spike NPC, wrap around UV texture, make NPC look like a robot. Now our Elvis will recognize his fellow Spike People.

Since Stamm was boring this week and did many administrative things, we will bid him farewell for this week’s blog and move on to Mr. Tobi, who is finally ready to make a big announcement. Our friend, who could also be called Mr. Prototype, has moved one of his many leisure time projects from concept to production status and is working on it, together with Christian and Lennert. This means, the Black Pants family welcomes a new game member.

It is titled “Blown Away” and is a mobile platformer, revolving around a cute fellow who has not received his final name yet. He is a little shy (and Tobi is not 100% satisfied with how he looks), so he will not make his first appearance this week. But, do not fret, we will have a first glimpse at a few level concepts.

At this point, worlds/levels are named after what they consist of, so the first assets are from the Stone World. And here, they are in a level, with the wind blowing.

The next assets and levels are inspired by recent events in Tobi’s life. The German tax authorities audited him and his wife and so he had to dig deep for all the documents they wanted to see. This led to the world of the lost documents: Documents, being made of paper, are of course wonderful assets for a game with wind in it. I really like Tobi’s creative process behind these. So here is a look at a Lost Documents level.

As we have seen in earlier blogs, Mr. Prototype is also the master of workplace photos, so here is a shot of him and his friend Thomas (right), working at Tobi’s, helping Bao (Tobi’s wife) with her animated film production, and also working on Blown Away, plus the occasional drinking of beer. That’s it for this week. A little shorter than usual, but we will be back next week with more detailed info and pictures, pinky promise!

As always, have a great weekend and remember not to leave a paper trail!