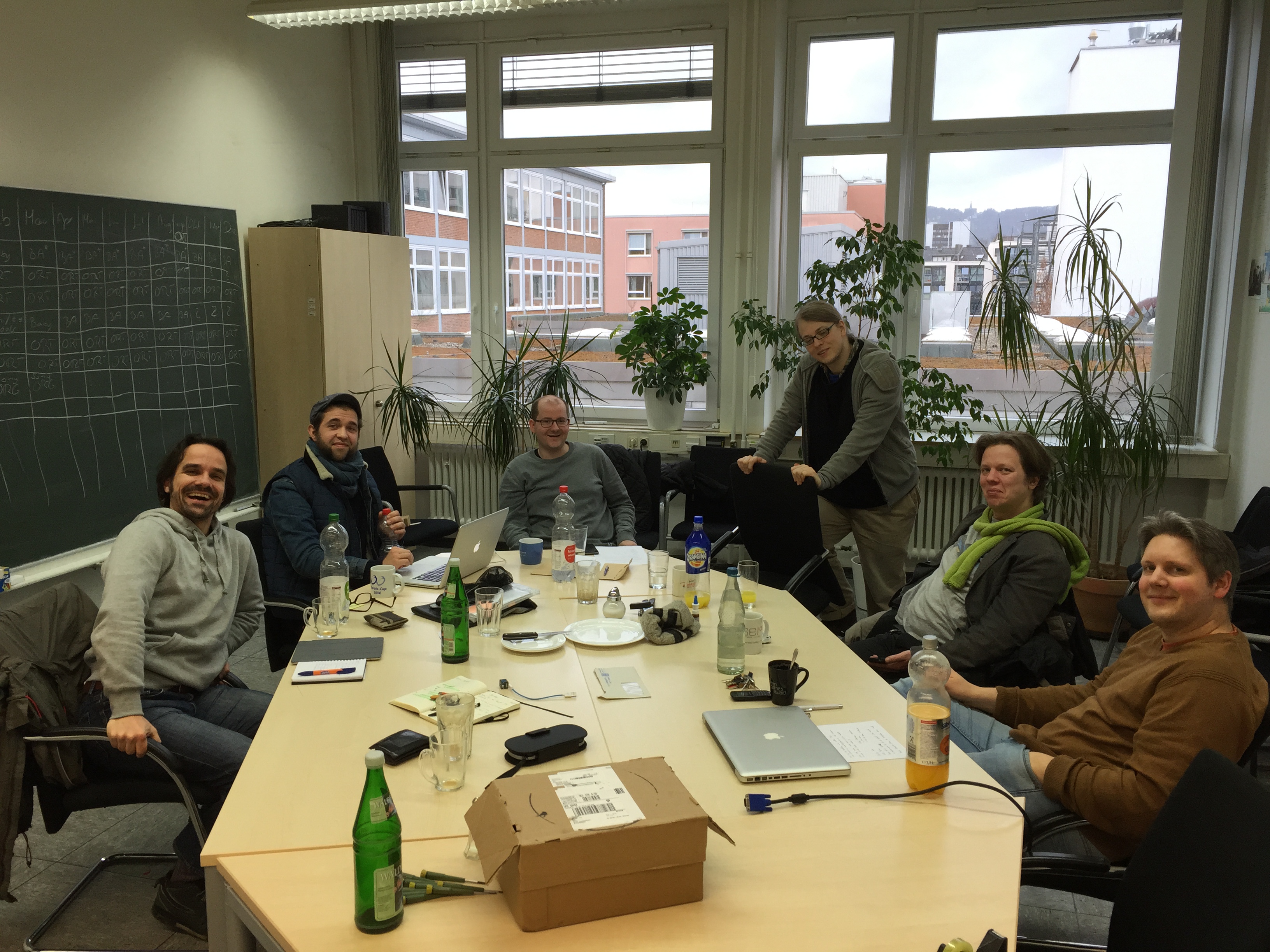 This is the first 2015 blog and it will be a little recap of our first team meeting this year and a small outlook on the future.

We had our first team meeting of the year, which has to be mentioned, because this means that all of the Pants where in one place.  We wanted to do this as an X-mas meeting, but release stress made us postpone it. Apropos release stress – About Love, Hate and the other ones can now be found on Steam, after we ported it to PC in December. We’re happy to have put out something, so people remember we are still alive, since our main production On Rusty Trails is very time-consuming and has taken us pretty long so far. Our current production  plan states a release date in September. Which leads us to the meeting.

Twice a year, all the team members will meet in either Kassel or Berlin, to have 2-3 days of project planning, meeting galore and then some partying. It is pretty hard, working in two offices in different cities, and bigger discussions are always done better in person, so these meetings are there to make a plan for when we can’t see each other that much. For me personally this separation isn’t the coolest way of working, because my motivation is working with these awesome people and I am someone who thrives on the personal connection. I tend to miss the Berlin guys, but at least we visit as often as possible.

The meeting(s) themselves are mostly uninteresting/not intended for the public, so I will try to summarize the important parts  that I can talk about here.  We talked about finances: boring but necessary. Also we updated our production plan for the year, in which we determined our release date for September. That is a bit later than we had anticipated before, but we are a bit behind the earlier plans and so we had to postpone. Stuff like this mostly happens, because features take longer to implement, people have to do things they hadn’t anticipated when making the first plan and so on. It is pretty normal too, but September is crucial for us, so we need to get the game done by then.

Sadly, On Rusty Trails did not receive a nomination for the IGF, but we can submit it again next year, after finishing it, so it is not that much of a letdown. We submitted it to A Maze. in Berlin, fingers crossed for a nomination! I will go there, no matter what, so that will be another blog and I am looking forward to it already.

Another point on the agenda was a merchandise shop, which is not a final decision yet, but I would definitely love some Black Pants merch. I will keep you in the loop on that! The rest was mostly production and office internals so I will spare you the details. Basically we talked about the roles of the team members, how to optimize production and so on.

The evenings were some eating and a little drinking, but to my surprise it seems the guys are getting old, so we didn’t go too hard. The first night, we ended up in the Chacal, an old Black Pants favorite, where I took this “interesting” picture: Something is missing here

Only Jones, Rico and myself went to the Weinbergkrug, also a Black Pants favorite,  on the second night, which was a welcome distraction from the meetings. To finish things off, here are a few pictures form the meeting: