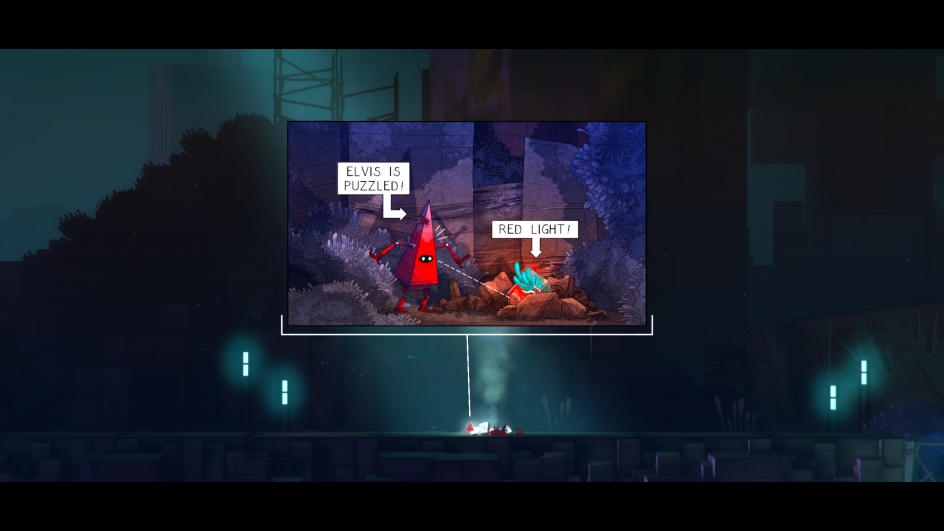 Hello everyone, it’s time for the development update.

This will only be a short one, and probably one of the last ones for a little while. It has become pretty hard to have a development blog, when not much is really being developed anymore. The On Rusty Trails release is in about a week, and we are only polishing a few smaller things here and there. Content freeze was a while ago. This is the point, where no additional content is being added and only the things that are in the game are given last touches. So here is a small press roundup and some game art for your viewing pleasure. No Work For Hairies

The first reviews, Let’s Plays and Twitch broadcasts of On Rusty Trails have been popping up over the last week and feedback is very positive. Twinfinite praises the “wonderfully-designed world and crisp gameplay”, Destroy All Fanboys‘ Greg Wilcox has warm words for good ol’ Scape Engine and the “comic in motion” looks. One of the only problems people are apparently having seems to be with the name of the Shifty Suit™ 😀 Gamerevolution even delivers the first press quote tagline, which will surely be used in future PR efforts: “If Pixar made a platformer, this would be it.” Feels good man. As mentioned before, there are also more Let’s Plays, some of them even with multiple episodes far into the game, Negark has fun with On Rusty Trails in this first of six videos so far. (Obviously game spoilers coming up, so proceed with caution, if you don’t like those).

That’s it for this week. I assume, I will do at least one more blog, with the NEW AND SHINY release trailer and some more press feedback, so make sure to check back on the blog next Sunday.