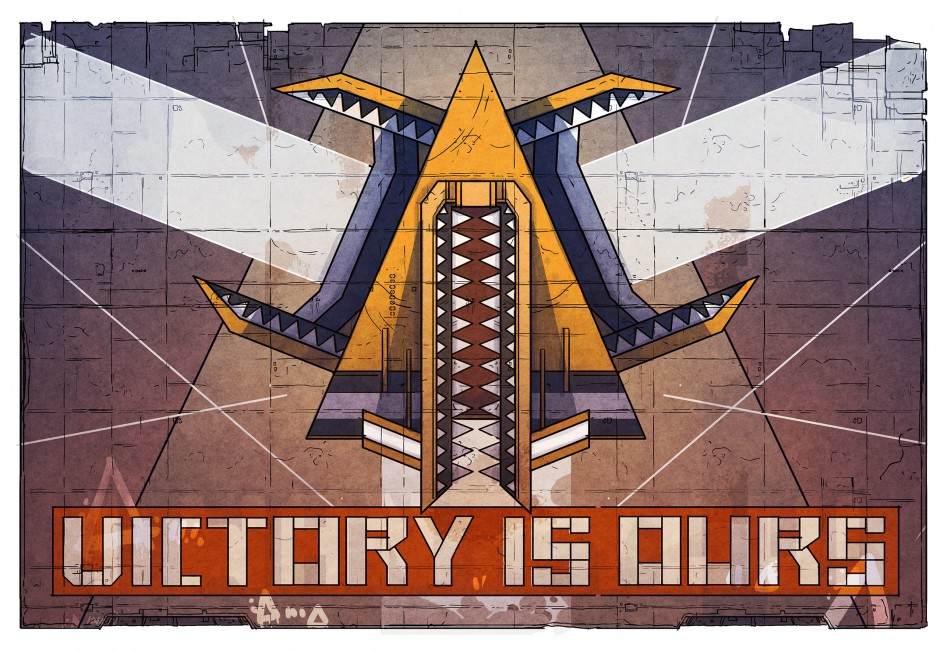 Hello everyone! We’re late for the weekly development update – may the gods smite me down! Actually, a series of miscommunication has lead to anarchy in the blog world of the Pants, but I am here to get everything back in order.

And I am not the only one, bringing things back in order. The Spike People of On Rusty Trails are taking their war with the Hairy People to the next level and have produced one of the scariest war machines out there. Avid followers of my ramblings might think of a blog from way back in the age of stone, where I showed you some boss ideas for the game.  (Silly blog, great read, if I do say so myself).

Turns out, Elvis’s Nana is still in the game and since we have signs for everything, you can bet your allowance for this month that the death machine has one as well. Feast your eyes on this baby, before it blasts you out of your chair. I still owe you the last panel for the intro scene, and here it is. I don’ know what you thought would be the missing step in the sequence, but a new house was the goal all along so that’s what you get. What Elvis is hoping to get, by the way, looks like an upgraded version of his old home. Apparently his house model went out of production and the one from the warranty looks even better. Not unlike some people, who step on their headset cable five days before the warranty period ends and get a brand new model for being a klutz. What? No that’s never happened to me. On the font front, Stamm fixed up the menu and switched everything over to the new and shiny letters. Every point has a little icon corresponding to its function and the background scene is from Elvis’ neighborhood. Fontastic work, as always! Just like when you have a fierce cold, or when you’re a ghostbuster with a supernatural lodger in your basement, you sometimes find yourself confronted with some disgusting slime, and in the rarest cases you will want the stuff to stick around. Case in point is this goo in On Rusty Trails. The slime was in the game before, but it looked grayish-black and greasy so it’s received a visual update. It actually looks very pretty and you might want to touch it, for it has bright and beautiful aura, but when you get close for too long it will swallow you whole and leave you with the rusty remains of your once beautiful life –  just like my ex. Talking about nice people, our last picture is a new character from A Bluesman’s Life, called the green Sharif, and he is actually nice. A little grumpy maybe, but at least he knows about the blues and sees something in Mack that makes him want to teach him what he knows about the guitar. He is also more of a loner and recluse and does not belong to the band, but will rather show up when he deems the situation worthy of his presence.

That’s it for this week. make sure to check back on the blog next Sunday, which incidentally is this Sunday, so all of this has an upside, because now you get two blogs in one week.