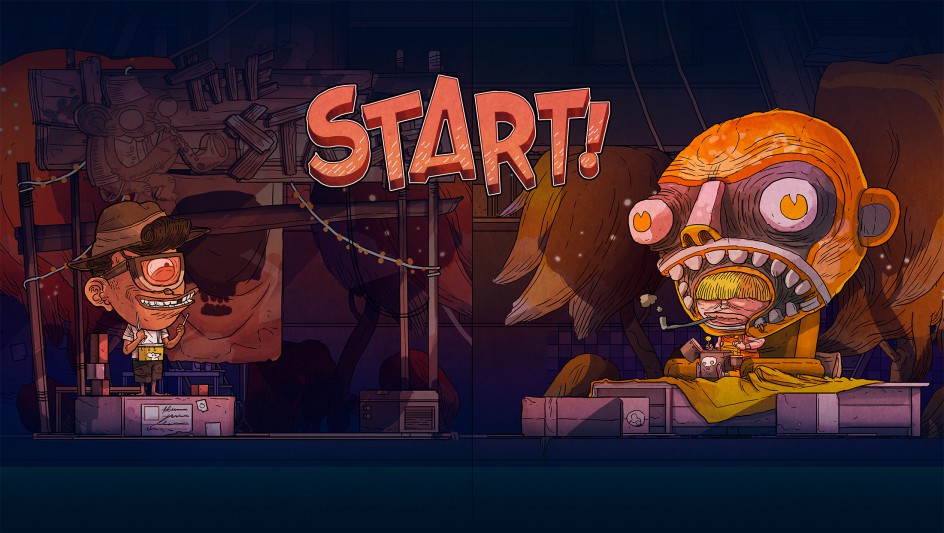 Hey everyone! It’s time for the weekly development update.

Our featured image is from a new iteration of Stamm’s prototype from last week’s blog. You can see his first take on some characters for the new blues game. On the left we have Mack, who will be the protagonist of the game, at around kindergarten age. Please take into consideration that these are all first ideas and are not guaranteed to end up in the game like this. His adversary is a weird, unnamed dude with the wonkiest hat I’ve ever seen. He seems to be the king of kindergarten, because he has some kind of throne. He also smokes, which I would not recommend, at that or any other age, but who the hell am I to tell the king what to do… maybe it’s a bubble gum pipe?

Ah! Here we have some stills of Mack’s different facial expressions. If you remember how Stamm’s prototype works, these are for different phases of the call and response cycle. There will be more expressions, but these are the finished ones. So far these are only happy and waiting for a response.

He would not be called the gifmeister Stamm, if there were no animated pictures for the blog. It seems interesting to me that Stamm would choose for Mack to only have one eye. But the freaking glass is so cool! – Can you even call it glasses? It’s not a monocle either. and how does that even sit on his nose?!

And the full cycle of all expressions we have so far. Gifmeister minus points for sliding the mouse through the screen, while capturing the animation.

Tobi has to be excused this week, he has been on level balancing and bug fixing duty, since Blown Away is almost ready for release. So we’ll keep this one a short blog.