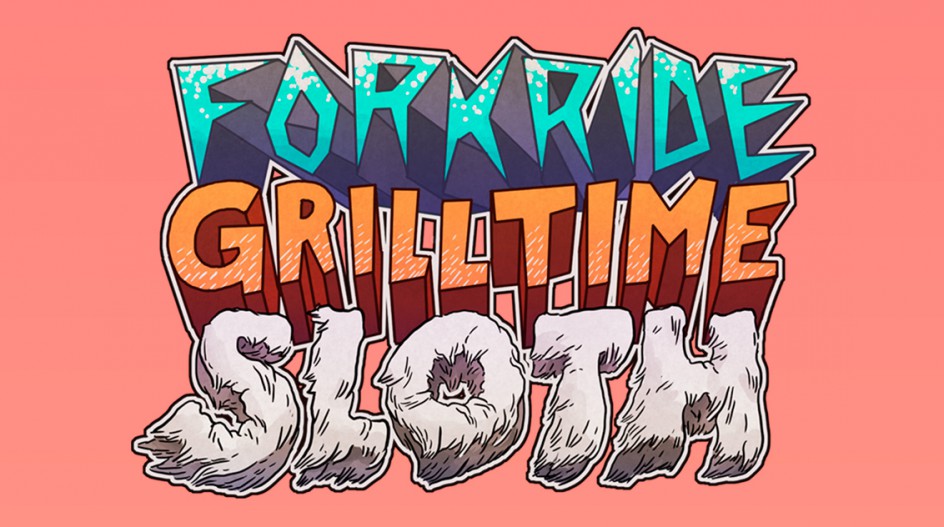 It’s time for the weekly development update and we have a (s)lot(h) to cover! Our featured image is the magnificent title of Stamm’s magnificent secret project. A fun game for the whole family – if your whole family likes sloths, collecting weird characters and isn’t allergic to forks.

Throughout FGS (no way I’m spelling this out every time), you will have the pleasure of meeting new friends with unique (and bonkers) background stories like the ones you can see here. These ones right here are a car dude who’s name hasn’t been revealed yet plus Hot Dog Man and Rico. Stamm thought, it was a good idea, to (loosely) base some of the characters on Black Pants members.

Blues Mac No One

A particularly handsome and mysterious looking guy can be seen on the left. His name is Biglia and he may or may not have ties to the coolness mafia in Milan. What he definitely has are two suitcases. But who’s the joker to the right of him? I guess, you’re trying to make sense of it all, but as you can surely see it makes no sense at all. His name is Blues Mac No One and after meeting him you’re probably going to ask yourself, why you came here tonight. Grillin’ In The Park

You know things are getting real, when you see a sloth in the park, barbecuing with a freaking demon-god hand reaching down from the sky. By the way, I often learn weird things, when I do research for these blogs. Example.

On the server front, we had an awesome experience on Friday. We had decided to send the servers with UPS, because they had to be taken offline on Thursday and Christian will travel to Berlin on Wednesday next week, so that would have been a long time without them. Coincidentally, both Christian and I were sick this week, so we had to drag our snuffling asses to the office at 8 in the morning, because UPS said, they would come between 10 am and 2.30 pm and we had to pack everything up for transport. Of course, the driver arrived at 9.30 and we weren’t done packing, so he just took off again, telling us he would send another driver on Monday.

Joke’s on them, though, because we quickly decided to send everything with DHL and UPS can suck it! Put The Server In The Box And Drink ‘Em Both Up In Berlin, everything is ready for the servers. The guys managed to order new internet all on their own! Putting the socket the right way round, must have been too much to ask, though. Jones sent a test fax. I am supposed to show this here. Why you would send a fax, to test if your internet is working is beyond me, but I guess it’s the most hipster way of doing it, so it fits :p

The guy in the picture is Lefty O’Doul, the official Black Pants patron saint. This stems from an encounter in San Francisco, where a bar, called Lefty O’Doul’s, menu was comprised of 95% meat and the “vegetables” section was mac and cheese. Fun times at the GDC… I hope I get to go some time soon.

That’s it for this week. Make sure to check back next Sunday and don’t fall asleep on the subway!