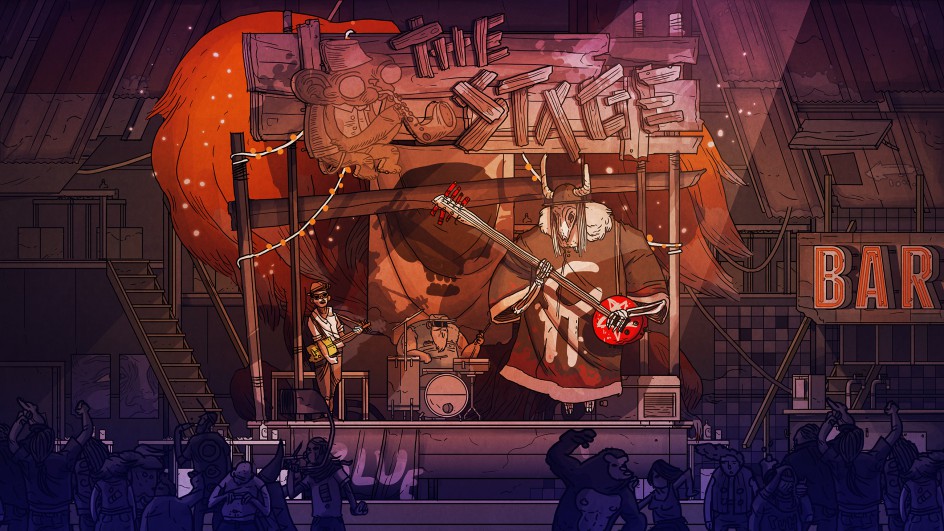 It’s time for the weekly development update. Number 28 already! Time is flying. So, what do we have to show this week? Our featured image is some concept art for Christian’s new project “Mississippi Blues“, courtesy of Mr. Stamm. Christian has started tinkering around on first game mechanic tests and prototype work in general, and Stamm was hooked on the idea of producing some drawings. Where he finds the time, I can only wonder… It is, of course, an early concept so nothing final about this. Well, there will be a stage and guitars and a bar, that’s certain 😉 In other news, we are making progress on Stamm’s secret project and beta testing is afoot. The plan is, to be finished for a sneaky IGF submission later this month, so – one way or the other – you will know more by then. Spilling a little secret: Stamm told me, he wanted to make this game, because he does not like riding the underground, and he wanted to translate this feeling into a game. Secret Project On A Plane

Enough is enough, I’ve had it with these motherflippin’ sloths on this motherflippin’ plane! Important hint in this picture: The game is for touch devices – specifically tablets. 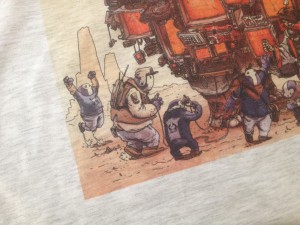 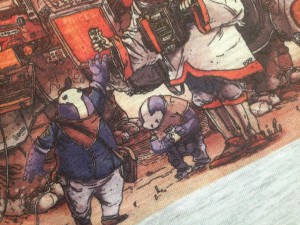 Sweet merch samples have reached the Berlin office, and we are very impressed with the quality of material and print, so we will be moving forward on the merch store, over the next weeks. If everything goes well, we’ll have it up and running next month (the hold-up comes from too much work to really prepare motifs, but this is going to happen soon!) The picture on this is something Stamm did for ARTE, a while back.

Studio News: We will be moving our build servers (severs, which “build”the code into a finished game) to Berlin, so Jones can pitch a tent (take the high road, folks) right next to them and not leave them out of his sight. He has been sleeping with one eye open, for the last year, so good and restful sleep to you, buddy 😉

Last, but not least, Tobi will receive a rebuke, for not delivering content, but he has earned birthday boy points this week, so the punishment will be voided.

That’s it for this week. Make sure to check back next Sunday –  I think we’ll keep Sunday; seems to work well.