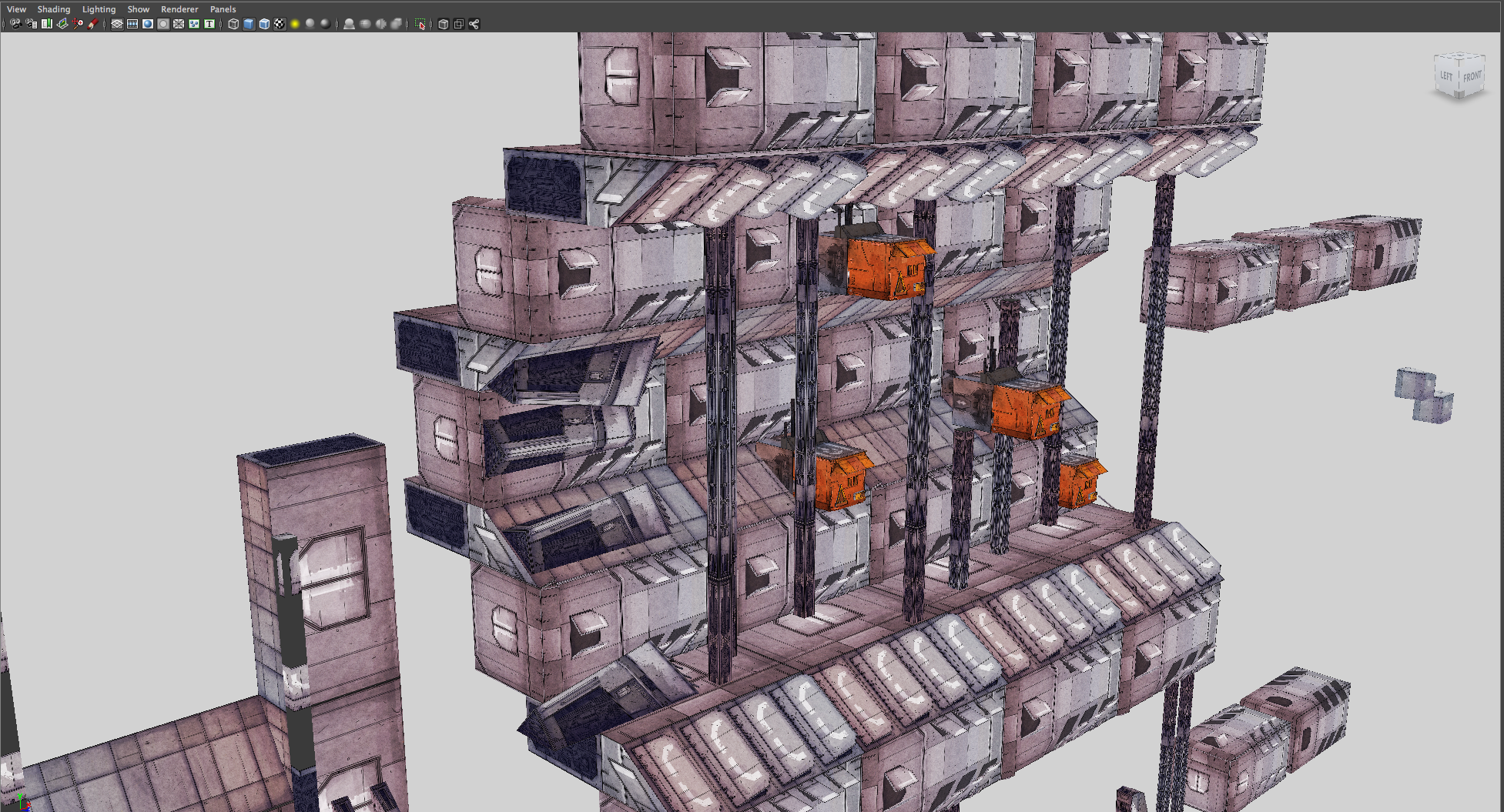 We decided to add a new category of posts to the blog, where we will keep you updated on what is going on in the production of On Rusty Trails more frequently. There will be a post every week with some footage from the development and comments on what you can see, so let’s get this started.

On the asset front, Stamm has been working on parts for building a tunnel that our friend, guy Elvis, will fly through in the finished game. The process looks like this: As you can see, he starts with a small part. This technique has the upside of using the part on its own or, by clustering them together, building huge parts of the world pretty easily. To achieve this, he has to come up with a texture layout that can be wrapped around an imaginary block. The example layout for the tunnel looks like this: The same principle is used for rocks and it’s the other part of the game Stamm has been working on. Here are a few screenshots from his work bench with the rock clusters: On the game design side of things, Tobi has been working on implementing boss fights. A first design draft looks like this: Guy Elvis will have to fight a rotating laser and explosions in this. As with most prototypes I have to note, that at this point it is not entirely sure, how the final thing will look and if it makes it to the game. This will be determined with many hours of game testing, which Tobi has apparently been doing a lot as you can see in this late-night kitchen picture that reached me while I was watching the Super Bowl. Poor Tobi: That’s it for this week! I am looking forward to posting new content on a weekly basis, and keep you guys in the loop!

On Rusty Trails will be out on Steam in September! To keep in touch, visit our social media:
Twitter
Facebook