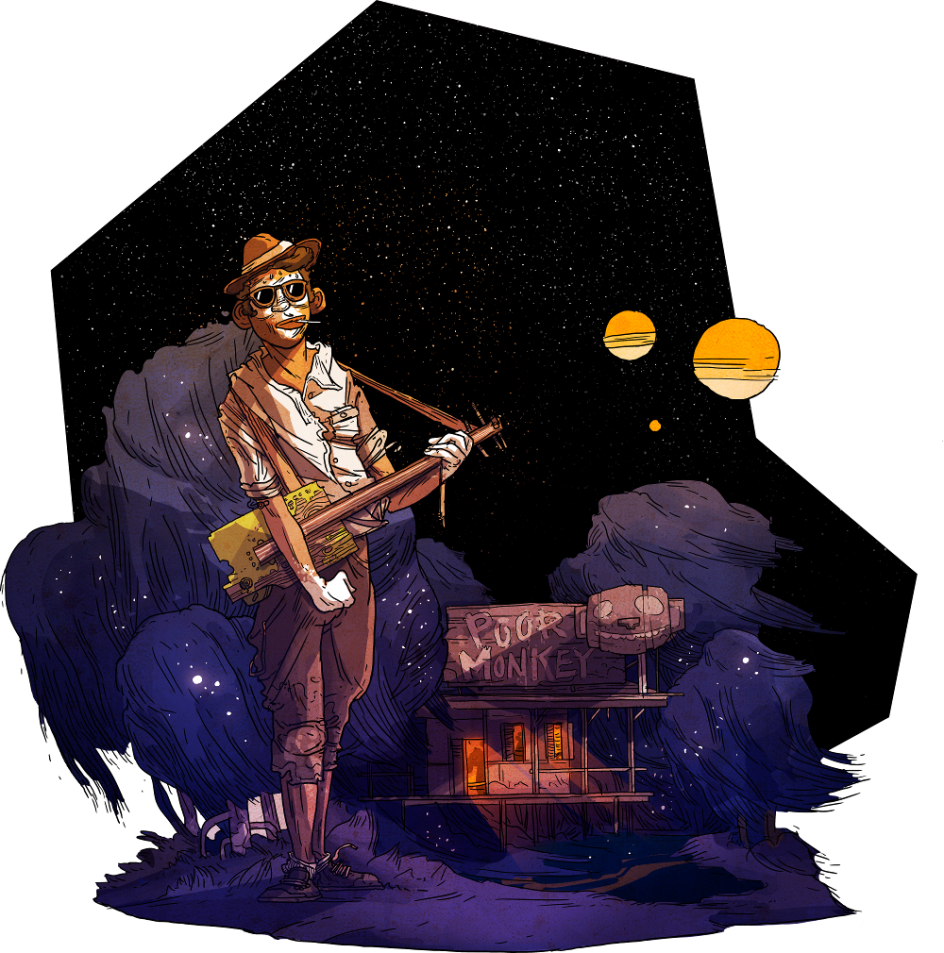 Last week we received a surprising email from Brussels. Christian’s game concept for a new title called “Mississippi Blues” has been chosen for funding from the European Union and will receive a € 60.000 grant! Party Pants! We are super honored to be among the chosen projects.

FYI: 182 projects were submitted. Out of these 107 were deemed eligible. Out of the 107 eligible submissions, 31 have been granted funding and Black Pants is one of only 2 German studios to receive funding. This totally amazing and we’re blown away by the news 😉

What is this project, you ask? Behold the synopsis:
Mississippi Blues takes place in the music scene of the 50s in the sleepy, little town Barksdale in the midst of the Mississippi delta. The protagonist is Mack, a young, somewhat boastful, Afro-American lad, whose dream it is to become a blues/rock ’n’ roll star. On his musical odyssey he meets his mentor, the bar keeper Otis, who makes it clear to him that he has a long way to go until he can complete his journey. Thus he has to build his own guitar, find band members, write his own songs and organize gigs to gather money for his voyage to Chicago, where he wants to play in the hottest clubs and score a record deal.

Christian wanted to share some insights into the project and his thoughts:

“Blues, or more exactly piano blues is one of my passions besides developing games. I play the piano and the guitar but all my efforts to reach a passable level are in vain (editor’s note: not true). I frequently listen to blues music and I read about the old and new masters of the genre. It amazes me, what these genius minds are able to create from the simple harmonic blues structures. Mississippi Blues wants to take players to these roots of modern rock and pop music. A world where the first rock ‘n’ roll stars stood on the stage with self-built guitars and amps. I want to try to share the feeling of the creative process behind jam sessions and creating music while having fun.” We want to thank the jury and the European Union for this grant and of course all of our fans for playing our games and supporting us! This would not be possible without you!