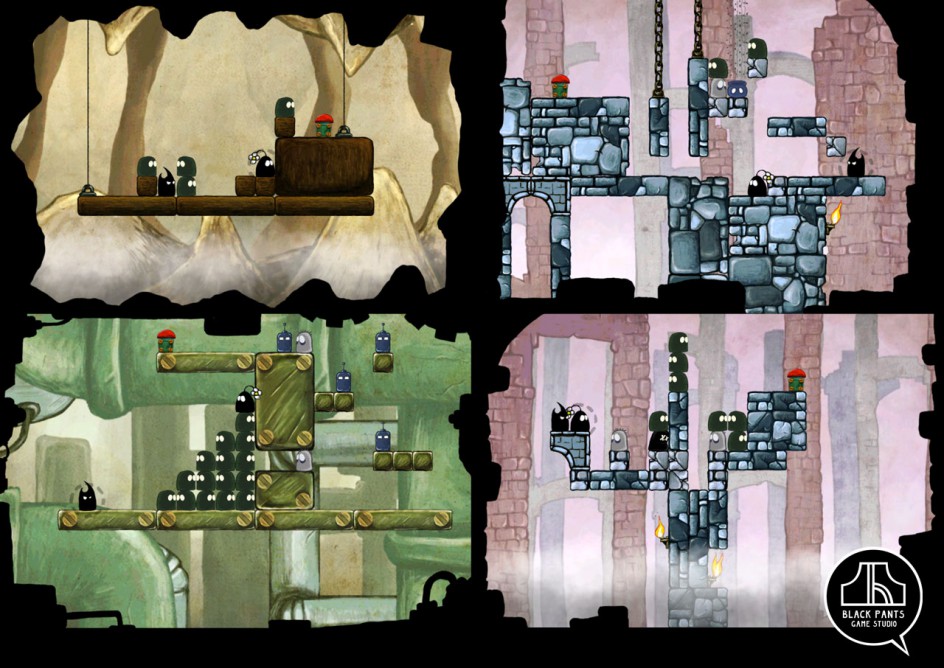 This week, the development blog is on a hiatus, but we want to deliver content, so the filler is a little look back on the development stages of About Love, Hate and the other ones. This will be mostly videos, pictures and some explanatory words, so let’s get going!

You might or might not know that our little rascals were once brought to life for a series of animated short films by Tobi. Back then, he was studying at the School of Arts and Design Kassel and there was only one other one pus Love and Hate really looked different from how they look now. See for yourself:

Based on that series, Tobi came up with the core mechanic for the game: Love can bring you (and other ones) closer together and Hate will push them away. To me this translation from human emotions into a game mechanic and even personifying them through the main characters had something special and deep, but you can call me biased. The first iteration of the game looked like the following trailer and screenshot: There is even a playable Flash version still online!

Next up was a rework for iOS, on which Tobi worked together with Lennert and Stephan, and which was rather successful. We received an honorable mention at the IGF and won the German Games Award with this version.

In 2014 we decided, to polish the game even further and give it a PC release with awesome HD graphics. The next sequence of screenshots is a comparison of the older iOS levels to the shiny new ones(cave, castle, machine). Here lookit! Most notable are the vastly improved backgrounds, with so much more detail. Shaders also never hurt, which can be seen in the next comparison. Shader Senpai Jones sprinkled some magic shader dust on the world of Love and Hate for the Steam version and this is the result: Of course, every production has its weird/funny/buggy moments, so Christian, who is mainly responsible for the PC version, has prepared a highlight reel of the bugs that occurred during the development. This will be our farewell for the week, sending you off to enjoy the rest of your weekend. See you next week for an update on Elvis’s adventures in On Rusty Trails.

Have a good one!